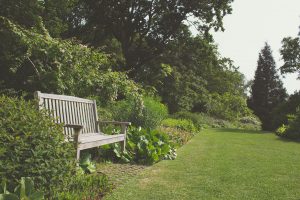 In Australia, and according to a recent study, roughly 8 out of 10 home owners get to enjoy their own outdoor space in the form of a garden. As a result, horticulture has quickly become one of the most popular activities and plenty of people now take part in a little amateur gardening across the country. The suburbs of Melbourne play host to some of the largest collections of avid green-fingered enthusiasts, but as most are finding – knowing what to water and how frequently can be quite the challenge.

Do all plants need watering?

The simplest answer would have to be yes – all types of plants, trees, bushes, flowers and even cactuses need water. The only thing that is different is the amount needed and the frequency in which the hydration is applied. No two gardens will be the same and from grass right through to large trees and everything in between – different types of flora will require varying levels of hydration. Therefore it’s quite important to learn how to go about these activities to avoid damage.

Can plants be over-watered?

Certainly, in fact over-watering is one of the leading causes of death in certain tree types; namely citrus trees such as lemons. But that doesn’t mean that too little water will do much good either – with 1 in 4 plants dying as a result of a lack of hydration. It’s all about finding a balance and one of the most effective ways to do so is to learn how to categorise species of trees, flowers and plants to make it simpler to know how often to water them (and in which quantities).

Although trees can be very different, the way in which their roots grow is what actually defines them as trees in the first place. The general theory is that the larger they get, the less frequently they need to be watered; as their roots become far more capable of retaining hydration harvested from the soil. Once a week is the recommended watering timeframe for medium to large trees, although it’s worth noting that saplings and adolescent trees may need watering at least twice a week to maximise their growth.

These types of plants will typically possess much thinner roots and as you may have noticed – it’s the length and thickness of these that can play a role in how often a plant can need watering. Although some species might vary, generally speaking a flower or flowerbed should be hydrated three times a week, or more often in humid and hotter environments. As long as the soil is slightly moist to the touch, you can trust that the roots will be able to take care of the rest. The same applies for grass lawns – with a couple of hydration processes being recommended by experts per week.

Unlike the aforementioned plants, a cactus and other types of trees including palm can store water for many months – either underground and within roots, or inside of their structure. This allows them to go without water for up to 6 months in many cases; and even longer with certain species of cacti.